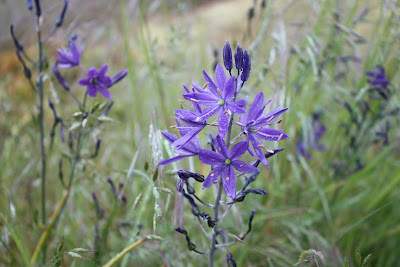 Yes. FACEBOOK!
If you want to research the fur trade, this is not a resource you should turn your nose up at!
I have my own Facebook page on which I speak to all the Birnie, Beaulieu, and Anderson descendants -- at least those who will join Facebook (which is all but one or two).
I am an active member in the Descendents of Fort Nisqually Employees Association Facebook page, and I have learned a lot from the members on that page, and have new friends I can visit, should I ever get down to Fort Nisqually.
I am fairly active in the Children of Fort Langley Facebook page, which is a group not quite as active as the Fort Nisqually group.
And I am the Administrator of the Descendents of David Thompson's men Facebook page, and although it is still a small group, we share a lot of information between us!
One of those descendents enjoyed Facebook so much that he went away and set up his own Descendents of Jaco Finlay Facebook page, where he shares all the genealogical information he has collected over the years.
Because my Beaulieu ancestor ran around with Jaco Finlay, I am an invited and fairly chatty member on that page.
It's private -- if you aren't a member you can't access the information.

Now, I can't say that's entirely true -- there are pages that are open where you can listen to French music.....just by friending the page.
I get announcements from Kamloops Museum and various writing groups.
You can join who you want to join, and cut them off if they take over your page (as I did with the Oregon Historical Society).

I learn new things all the time!
On the Fort Nisqually page I learned when Father Demers visited the fort.
Demers described the fort he saw, and because someone on that page knew when Father Demers had visited, I then knew the information applied to the fort that Anderson took charge of a year or two later!

On the same page I learned about the Perseid Meteor Shower -- and this from the Descendents of Fort Nisqually Employees page:
"PERSEID METEOR SHOWER -- While no Fort Nisqually journal exists for this month, day, or year, others kept records while visiting Nisqually. One person, John Clarke, came with the Wilkes Expedition, and in his book wrote the following about May 31, 1841:
"'At ten minutes past 8 o'clock, a meteor of immense magnitude and brilliancy shot across the heavens in a north-west direction, illuminating the heavens to such an extent that there was a resemblance to a sheet of fire, till it nearly reached the horizon, when it exploded, sending off myriads of coruscations [glitter or flashes of bright light] in every direction. When it first commenced its flight, it was exceedingly slow in its descent, but as it increased its distance toward the horizon, it increased its velocity considerably, until it burst. Many old seamen on board never witnessed a meteor half so large, nor one whose light remained so long visible. From the time it was first seen until it entirely disappeared, was one hour and twenty-five minutes.'"

Now that's a pretty interesting little thing to know if I have to write about Fort Nisqually when Alexander Caulfield Anderson was there -- because he was there at that time!
He must have witnessed this event, though he never wrote about it.

FACEBOOK can be fun too!
I posted a photograph of the camas blooming outside my window, and the members of the group enjoyed a two week long conversation about camas, with each member telling their camas story.
Do you know what camas is? Because if you didn't know what camas was you would certainly know by the end of that conversation!
We talked about Licamous -- do you know what that is?
You would know if you had been a member of this group.
I added what James Robert Anderson had to say about camas.
We talked about Death Camas!
It was a delightful conversation that everyone enjoyed, and the conversation lasted a good two weeks.
We all shared information -- and that is what FACEBOOK is good at doing!

While I don't know that you can find a Facebook site that covers the area where your fur trade ancestor worked in, I suggest you try.
Google the forts they worked in and see if there is a descendents group.
Join the group -- and if they are on Facebook, join the Facebook page.
You might be surprised by what you learn -- it is a perfect genealogical tool IF you can find a group that worked with your ancestor!
And you learn more than genealogy, too. You learn about the actual life your ancestor experienced.
At least that has been my experience.

Oh! The picture at the top of the page?
That's camas.
Now you know!
Posted by Nancy Marguerite Anderson at 1:24 PM