From "Talle d'Epinettes" to "Mauvais Rocher" 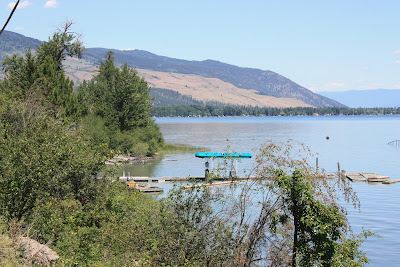 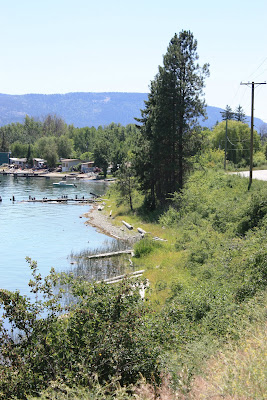 Today we are enjoying a photographic journey down the west side of the lake the fur traders called "The Great Okanagan Lake," from Talle d'Epinettes to the river they named "Mauvais Rocher."
I was curious about the name, Talle d'Epinettes, and leafed through my French dictionary.
The verb "tailler" means "to cut, to sharpen, to trim," and I gather that this word would refer to the sharp ends of the branches on the pine in this part of the world, that would cut the faces of the men or damage the packs as the fur traders made their way through.
"Epinettes" is the word for spruce trees, as the voyageurs called these pine.
The words "Talle d'Epinettes" might mean "sharpened spruce." 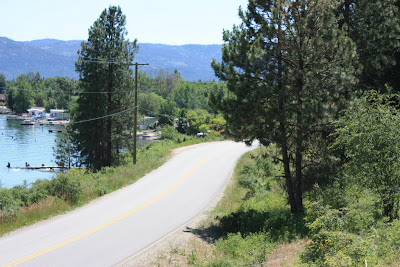 As you can see, the north end of the lake is heavily occupied and summer cabins and boats litter the shoreline. 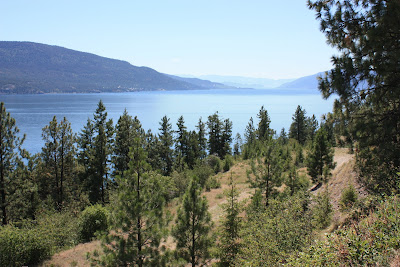 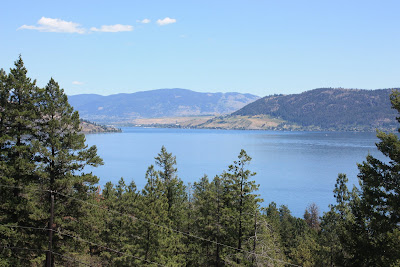 Further south there is less sign of human occupation and the gravel road leads us higher in the hills than the brigade trail would have travelled, at least in this part of the lakeshore.
Here the brigade trail followed closer to the lake, if the early maps of the fur traders are to be believed. 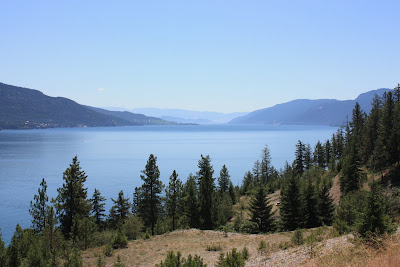 Note the dry vegetation and desert-like conditions.
This country is hot in the summer, and the heat lasts for days and weeks at a time.
In his essay, "Dominion of the West," Anderson notes that "British Columbia is emphatically a Land of Lakes. It would be a vain attempt to describe the beauties of many of these superb sheets of water: and impossible to enumerate even a tithe of their number."
He later wrote, "In the Upper country the climate is dry, and continuously hot in summer; especially from the vicinity of Thompson's River toward the southern frontier."
"Approaching the Okinagan, ... the summer temperature is almost tropical in its character. The winter cold, on the other hand, is comparatively sharp; but there is nothing approaching the continuous severity experienced on the eastern slopes of the Rocky Mountains.
"Little snow falls on the general surface; and in many parts it is almost entirely absent for any lengthened period." 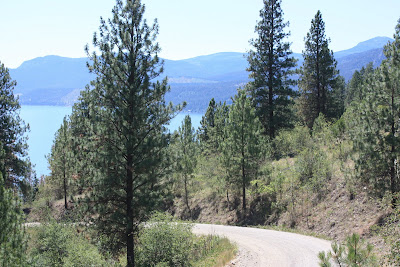 The history of this part of the brigade trail is long -- "In 1827," Anderson wrote in his History of the Northwest Coast, "it was determined to open a new route from Alexandria, the frontier post on the Fraser, with horses by way of Kamloops to O'Kinagan on the Columbia River about a hundred miles below [Fort] Colvile."
In fact, as early as 1813 this Native trail was traversed by the North West Company fur trader John Stuart as he made his way south from Stuart's Lake to the Columbia district.
But John Stuart also reported in his "Notes" that "it is equally true that in the summer of 1809 either Mr. David Thompson or Jacques Finlay, I am not certain which -- sent a party of four Indians from the Okanagan River to New Caledonia with a letter addressed to me."
"The letter was lost during the journey but the party arrived safe at Stuart's Lake where I was then stationed in the month of November..." (John Stuart's Notes, 1840, E.24/7, HBCA). 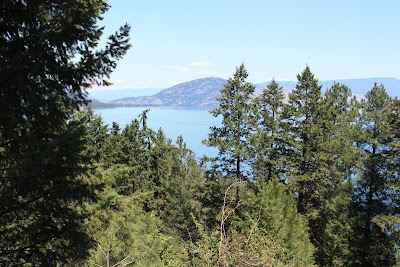 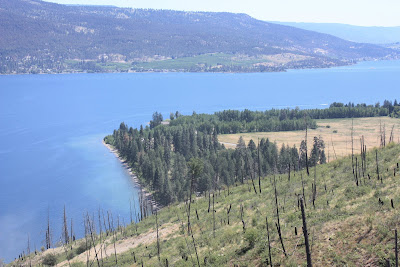 In his "History of the Northwest Coast," Anderson described the outgoing brigade from Fort St. James (Stuart's Lake).
"...during the winter the furs traded at the posts outside of water communication were brought to Fort St. James ... with dog sledges.
"As soon as the navigation was open in the spring, generally about 20th April, the boats with their cargoes on baord started down the Stuart's branch and were met at the junction of the Fraser's Lake branch, by a boat conveying the furs that had been collected at Fraser's Lake...
"The boats then ran down to Alexandria having taken the returns of Fort George at the junction of Tete Jaune's branch [the Fraser River] on the way.
"The horses several hundred in number were then collected, and by this means the whole returns of the district were conveyed to O'kinagan [post], having been preceded, or sometimes accompanied by the Thompson's River brigade likewise carrying the furs of that district."
On their return, "O'kinagan [post] was generally reached in about twenty days [from Fort Vancouver].
"Here the Brigades of the Thompson's River and New Caledonia resumed the horse transport, reversing the proceedings of the preceding spring."
But the outgoing 1840 brigade carried Anderson to Fort Vancouver, and he would not return to New Caledonia before two years had passed.
By that time the new trails were in use, and Anderson would not view this part of his Great Okinagan Lake for another thirty-seven years, when he returned in 1877 as Dominion Indian Commissioner. 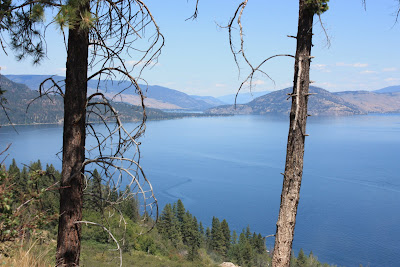 By the way, "Mauvais Rocher" translates as "bad boulders."
This part of the old brigade trail was very difficult to cross and hard on the horses.
Probably that was the reason that the new brigade trail over the hills to the west was developed. 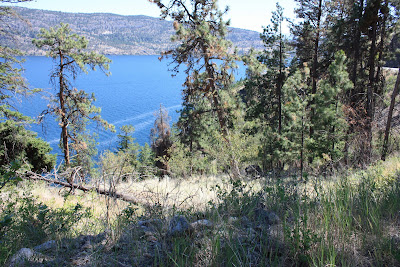 Posted by Nancy Marguerite Anderson at 7:00 AM