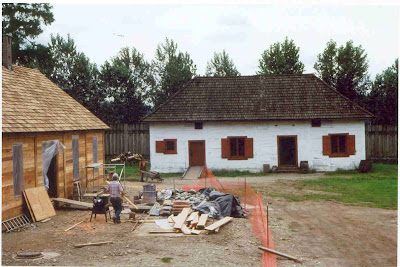 I know that my readers have some difficulty in figuring out where our trail is leading us, and to make it easier I am putting in maps to show both where we have been, and where we will be going.
The first map begins at Fort Langley, on the Fraser River, and follows the Fraser both east and then north to the Thompson River and beyond.
As you have begun to understand, this part of British Columbia is almost entirely mountains or highlands. Only the Fraser River valley most of the way to Hope, and the Nicola Valley, are flat, open grasslands. This will change as we move north toward Fort Alexandria.

The above photograph was taken at the replica Fort Langley, but a building of this sort would appear in any fur trade fort in the territory.

Map 1 -- Fort Langley to Kamloops, by the Fraser, Thompson, and Nicola Rivers. The dotted line indicates the journey we have taken. 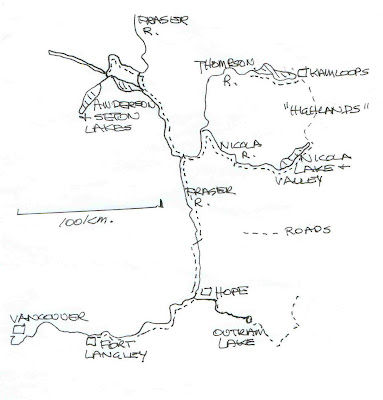 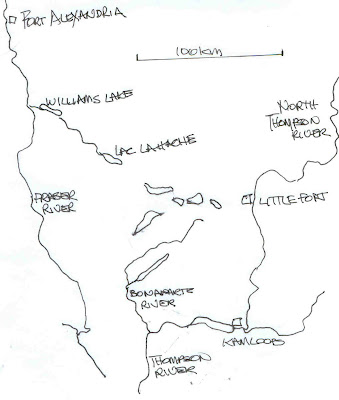 This is a big country, and I think you will understand how large when you see the scale I have included in both maps. I hope you continue to enjoy our travels around British Columbia, following Alexander Caulfield Anderson's trails.

Posted by Nancy Marguerite Anderson at 11:57 AM